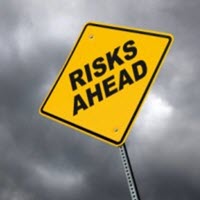 Today’s Reflection:  Psalm 69:6   Let not them that wait on the, O Lord GOD of hosts, be ashamed for my sake: let not those that seek thee be confounded for my sake, O God of Israel.

It would appear that David suffered reproach because of his zeal for The Lord, so much so that he would not wish it upon others who might follow The Lord at his lead.  Perhaps he is hoping that the reproach he suffers for Christ will shield those who follow his leadership in spiritual matters.  Perhaps he hopes that his suffering will be enough for him and them both.

If so, this would not be surprising, coming from a leader.  In fact, all great leaders seek to pay great prices to pioneer a better way for generations to come.  They are called pioneers for a reason; for no one else before them stepped up and dared accomplish what they accomplished, nor were they willing to take the same risks, and pay the same costs in order to achieve what it is that they are trying to achieve.

It is in this spirit, I believe, that David hopes that he is paving the way for his followers, and not simply introducing them to a way of life that leads them to bearing his burden of reproach with him.  Now, how great a reproach is this?  Among other things, we are sure that it alienated him from his own family according to verse eight.

Because he was willing to go places with God no one else in his family was willing to go, he found himself somewhat isolated relationally.  As a king, he may have been surrounded by many people, but in this respect, he was alone as it related to the fellowship of his blood kin.

Don’t get me wrong; David was as tough as they come, and he was not afraid of blood.  However, the silent pain of rejection among those of your own household are often the deepest wounds a man can endure.  He simply would not wish this price upon anyone else who might dare to be as zealous for The Lord as he himself.

And yet, too numerous to count are those who, after the example of David, decided also to follow hard after God.  Too numerous to count are those who, like David, COMPLETELY understand what his is talking about in his prayer.  Having said that, the bottom line is, if one is to pay the price, it needs to be his or her choice for themselves, with full disclosure going in, and not just as a result of someone else’s decisions.  In short, we need to count the cost first, THEN go if we dare!

And he said unto them, Go ye into all the world, and preach the gospel to every creature.

But we will give ourselves continually to prayer, and to the ministry of the word.

And they that shall be of thee shall build the old waste places: thou shalt raise up the foundations of many generations; and thou shalt be called, The repairer of the breach, The restorer of paths to dwell in.